With a focus on tackling some of the most crucial questions of our time, Leeds International Festival of Ideas (LIFI) is thrilled to launch its full, incredible programme of panels and keynotes for its 2022 edition. This progressive, diverse festival will showcase four keynote talks and six panels between September 22nd-September 25th and will take place in Leeds’ new premier venue, Howard Assembly Room and Howard Opera Centre.

The festival is excited to announce that award-winning stand-up, writer and actor, Aisling Bea, and classicist and national treasure Mary Beard have been added to the keynote line-up. They will join the previously announced chef and restaurateur Yotam Ottolenghi and British-Nigerian historian and broadcaster David Olusoga OBE in delivering the festival’s keynote addresses. 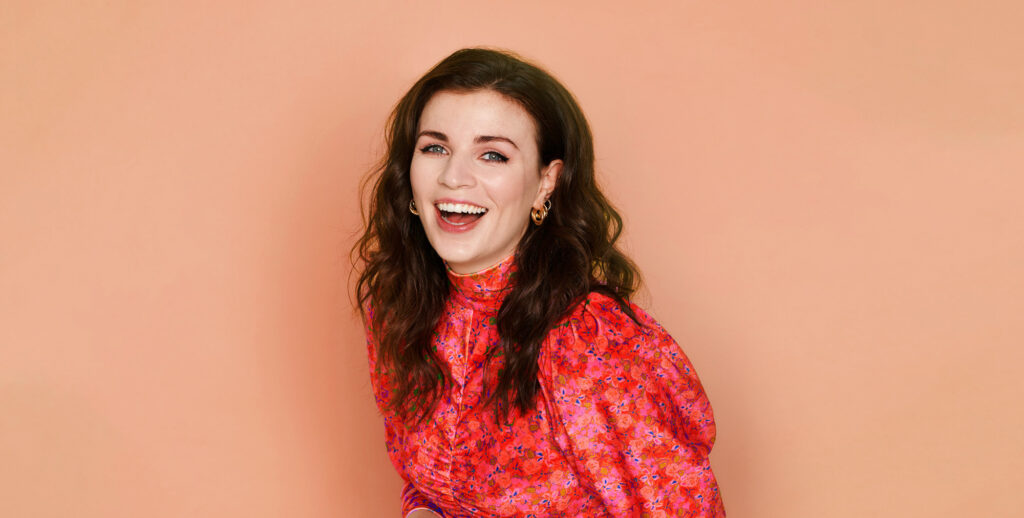 As well as what are set to be four unique and stellar keynotes, LIFI will play host to six unmissable panels that aim to delve deep into some of the world’s most relevant and important topics. From the future of technology, to climate justice and the social duty of sports professionals, a host of household names and industry experts will debate and discuss these fascinating, thought-provoking subjects, and more, at length in these expertly chaired panels.

Further names announced to be joining the panels today include Christopher Wylie. Best known for his role in setting up – and taking down – the cyberwarfare firm Cambridge Analytica, Wylie will join the Sonia Sodha-chaired panel ‘Is social media ruling the world?’. Sodha, chief leader writer and columnist at the Observer and Guardian, will also be joined on the panel by Dr Al Baker, editorial director at misinformation-fighting tech start-up Logically and consultant, speaker, writer and podcaster Africa Brooke.

Metaverse seems to be the word of 2022 but do you really know what it means? The ‘Is the metaverse our future reality?’ panel will delve into IRL, Meta, Web 3.0 and explore what the next phase of the internet really means for us all. Chaired by the previously announced Lara Lewington, the panel’s line-up is completed by AI, data and design expert Ahmed Razek, revered technology commentator and strategist Leanne Elliott Young, academic Dr Neil McDonnell and Matthew Warenford, CEO and Founder of Metaverse Brandtech company Dubit.

In a society where so-called ‘cancel culture’ and ‘wokeness’ is widespread, rising star on the comedy circuit, Jamali Maddix will chair the controversial panel ‘What can you laugh about?’. Maddix will be joined by rare right-wing comic Geoff Norcott, comedian, actress and panel show favourite Rosie Jones and cultural commentator, fashion stylist and photographer Ayishat Akanbi for an event that is set to be heated, contentious and unmissable. 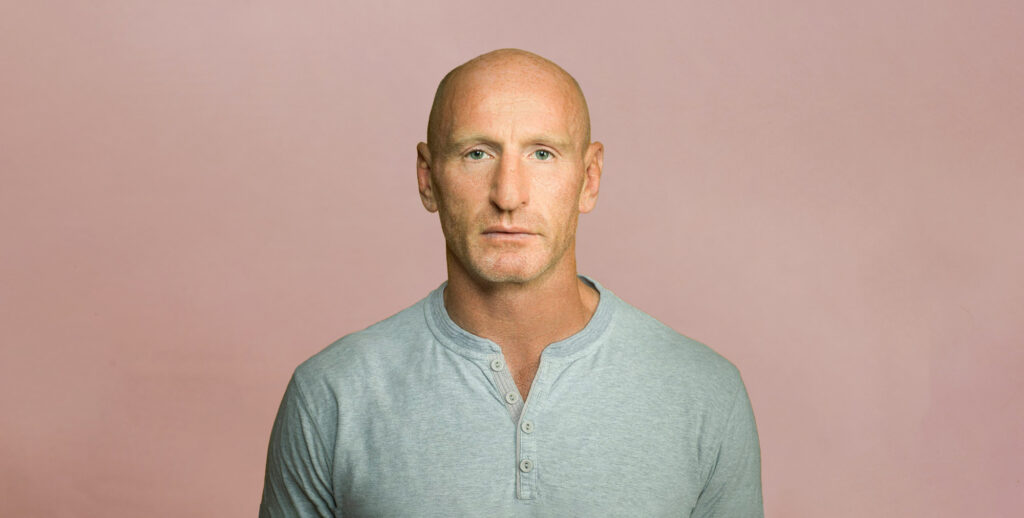 With sportsmen, particularly footballers, considered to be overpaid and unduly worshipped, recent years have seen the general public expect these role models to give something back to the community. Subsequently dubbed the Marcus Rashford effect, is giving back now integral to the DNA of sport? ‘Does sport have a social duty?’ will be chaired by respected broadcaster Charlie Webster. Webster will be joined by former professional footballer and anti-racism activist Gary Bennett MBE, olympian Baroness Tanni Grey-Thompson DBE, former rugby player Gareth Thomas and businessman and former Crystal Palace FC chairman Simon Jordan.

The topic of looking after our mental health, particularly that of men, has been one that has been rightfully highlighted of late. Award winning journalist, author and mental health campaigner Bryony Gordon will host ‘How do we talk about mental health?’, where her panel will discuss if there is still more to be added to the conversation, or if it has now been normalised. Joining Gordon on the panel will be fellow mental health campaigner motivational speaker Luke Ambler, television personality Gail Porter, chief executive of the Centre for Mental Health Sarah Hughes and actor David Harewood MBE.

Finally, ‘What’s wrong with climate activism?’ will explore how the mainstream narrative of climate activism may need altering if we are to ever achieve climate justice. Chairing the panel will be environmental activist Judy Ling Wong CBE, who is also honorary president of Black Environment Network. The panel will be completed by policy and advocacy expert Pauline Castres, president of Swedish youth organisation Sáminuorra Sara-Elvira Kuhmunen, climate justice activist Dominique Palmer, Miami-based artist Lee Pivnik and wildlife cameraman and photographer Hamza Yassin.

Andrew Cooper, Chief Executive at LeedsBID, said: “We are delighted to be presenting such a diverse programme for audiences to enjoy as part of Leeds International Festival of Ideas 22, welcoming such a stellar line-up of names from across industries and academia to address an array of ideas and thinking.”

“We hope LIFI22 brings something new, exciting and enticing to the city’s cultural calendar, providing the opportunity for people to come along to listen, challenge the way they may think about an idea or issue and join in the debates.”

David Olusoga, speaking at Leeds International Festival of Ideas says:  “The world is in a strange place right now and having festivals like this, bringing people together to discuss topics is exactly what is needed. I will be talking about the history of great inventions and the inventors and can they ever be separated.”

Leeds International Festival of Ideas is brought to the city by LeedsBID, working in partnership with Howard Assembly Room, Opera North, Weightmans and Bruntwood, with Yorkshire Evening Post as media partners.

With the full programme now revealed, tickets are on sale now. Explore the full line-up and buy tickets here. 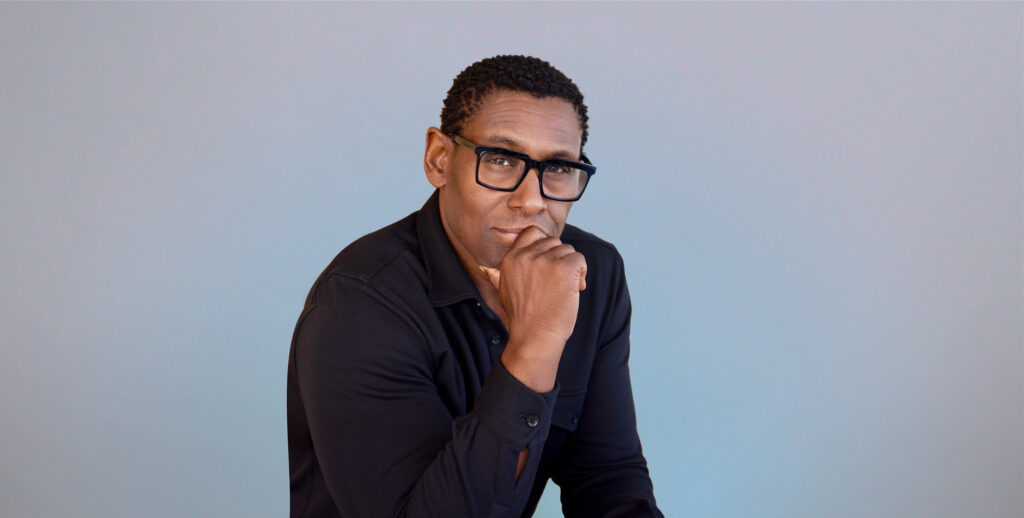 Mel Brimfield: From This World, to That Which Is to Come Read More